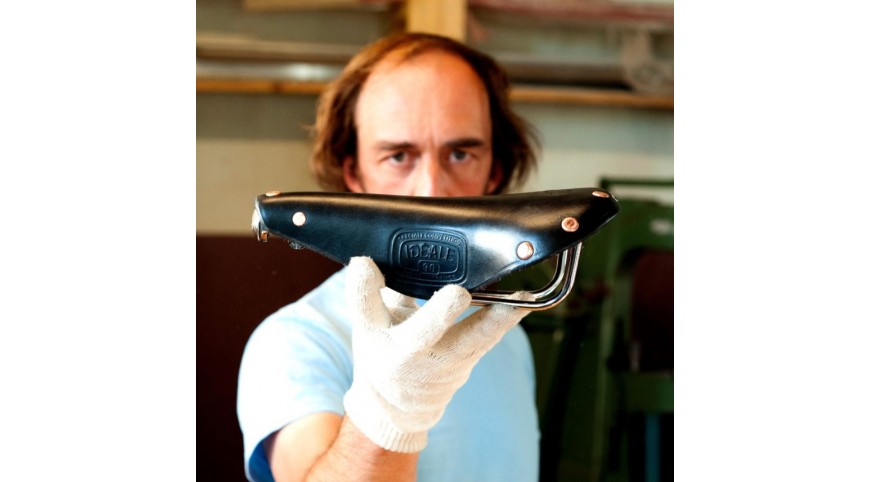 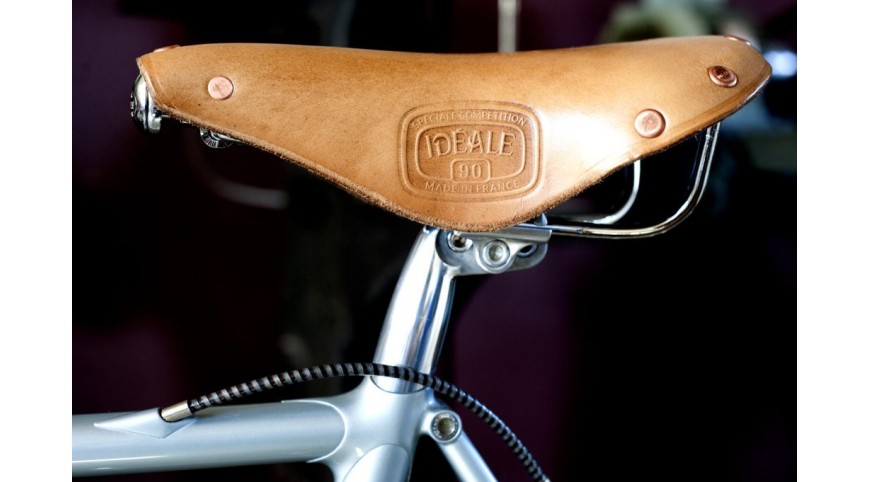 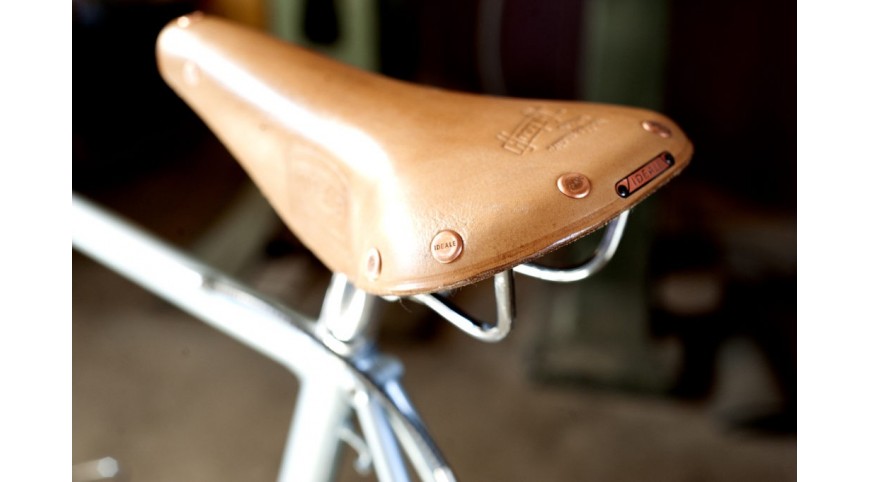 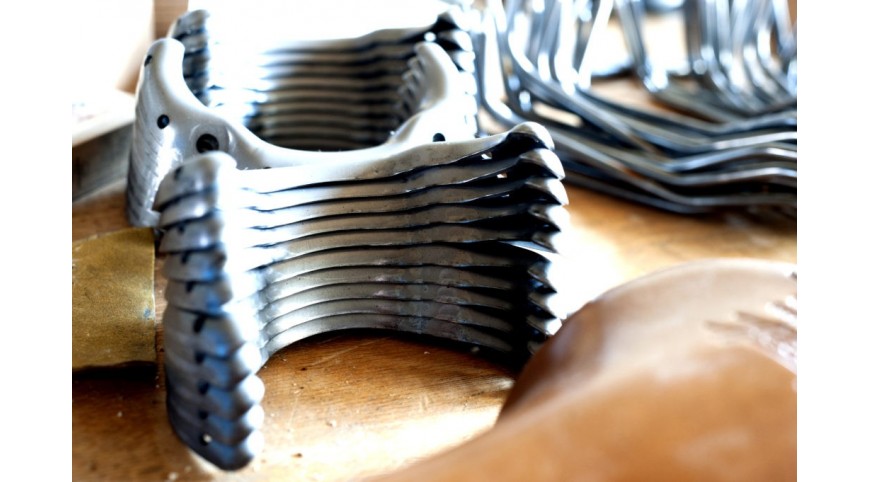 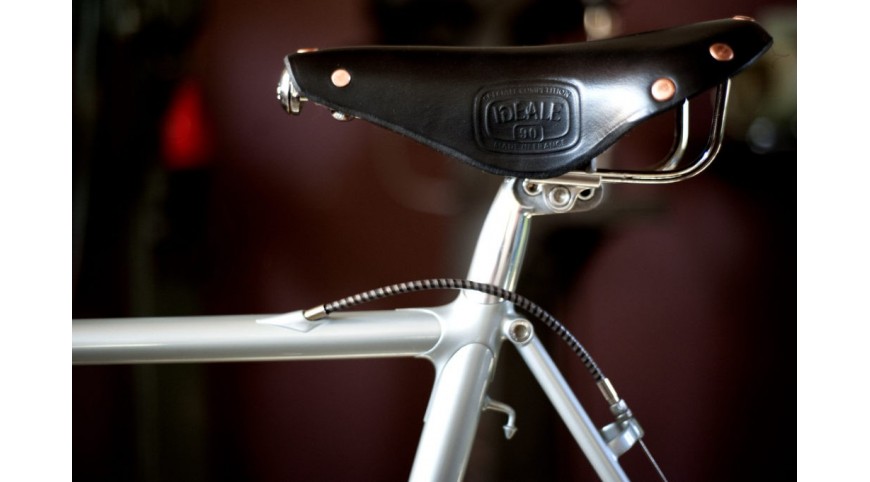 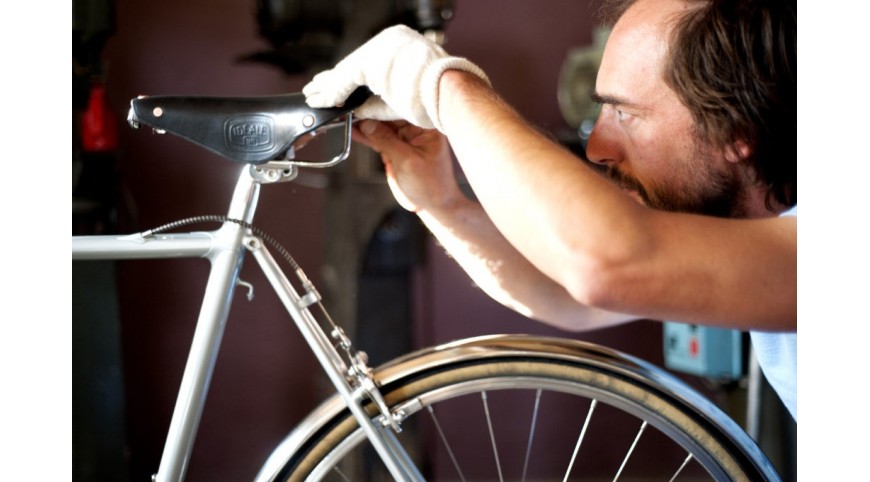 It relaunches the production of “Tron and Berthet” bicycle saddles

<p> It's a great story that begins with a desire for change. Computer engineer, <strong> Frédéric Ducès </strong> decides one day to do something else, "to do something more concrete". </p>

<p> And it was a bit by chance that one day, when he wanted to equip his leisure bike with a French saddle, he discovered the <strong> Idéale </strong>, produced by the company <strong > Tron et Berthet </strong>, based in <strong> Pont-Saint-Pierre </strong>. </p>

<p> I was disappointed to find that the brand no longer existed. I said to myself why not, but a little later I will. And the ‘a little later’ happened a lot faster than I thought. </p>

<p> And at the end of 2010, he began to find out. "I first contacted the Berthet family because I wanted to find out about the brand and take it over. "</p>

<p> A long work of research but also of waiting for the Toulousain, who a year later seeks to get in touch with the former employees of the Pont-Saint-Pierre factory. </p>

<p> I wanted to know if it was possible to relaunch the brand, to find the tools and the corresponding machines because it has been more than 25 years since the factory closed. And only these former employees, who had the knowledge in their hands could tell me. </p>

<p> In addition to these three holders of know-how, there are many people without whom Frédéric could not have succeeded, like the <strong> Layet </strong> family of Pont-Saint-Pierre, <strong> Jacques Peeters < / strong> de Romilly, the town halls of the two municipalities… “It is all the local fabric that actually helped me. "</p>

<p> All of the tooling had to be redone. <strong> Guy Meslin </strong>, boss of <strong> Vergez-Blanchard </strong> then opened the doors of his workshop to me. And we had to find the right suppliers. </p>

<p> The engineer travels very regularly the some 900 kilometers which separate <strong> Toulouse </strong> to Pont-Saint-Pierre, learns with the elders, acquires manufacturing techniques from another time. </ p >

<p> And in 2015, Frédéric Ducès took a two-year leave for business creation and filed the articles of association of his <strong> Fred Ducès SAS </strong> company in 2016. </p>

<p> Although I love the Andelle Valley a lot, I set up my business at home in Toulouse, with my family. </p>

<p> And since June, Frédéric Ducès has already made around thirty Idéale saddles, ie one per day. Because in addition to starting in this production, the young entrepreneur totally relies on a high-end product with perfect finishes. A product at 250 € but which is made to last. Because if you change your bike, you keep your saddle. </p>

<p> Thanks to the passion and the will of a Toulouse resident, the flagship product of Établissements Tron et Berthet has come back to life, saving artisanal know-how where excellence is the key word. </p>